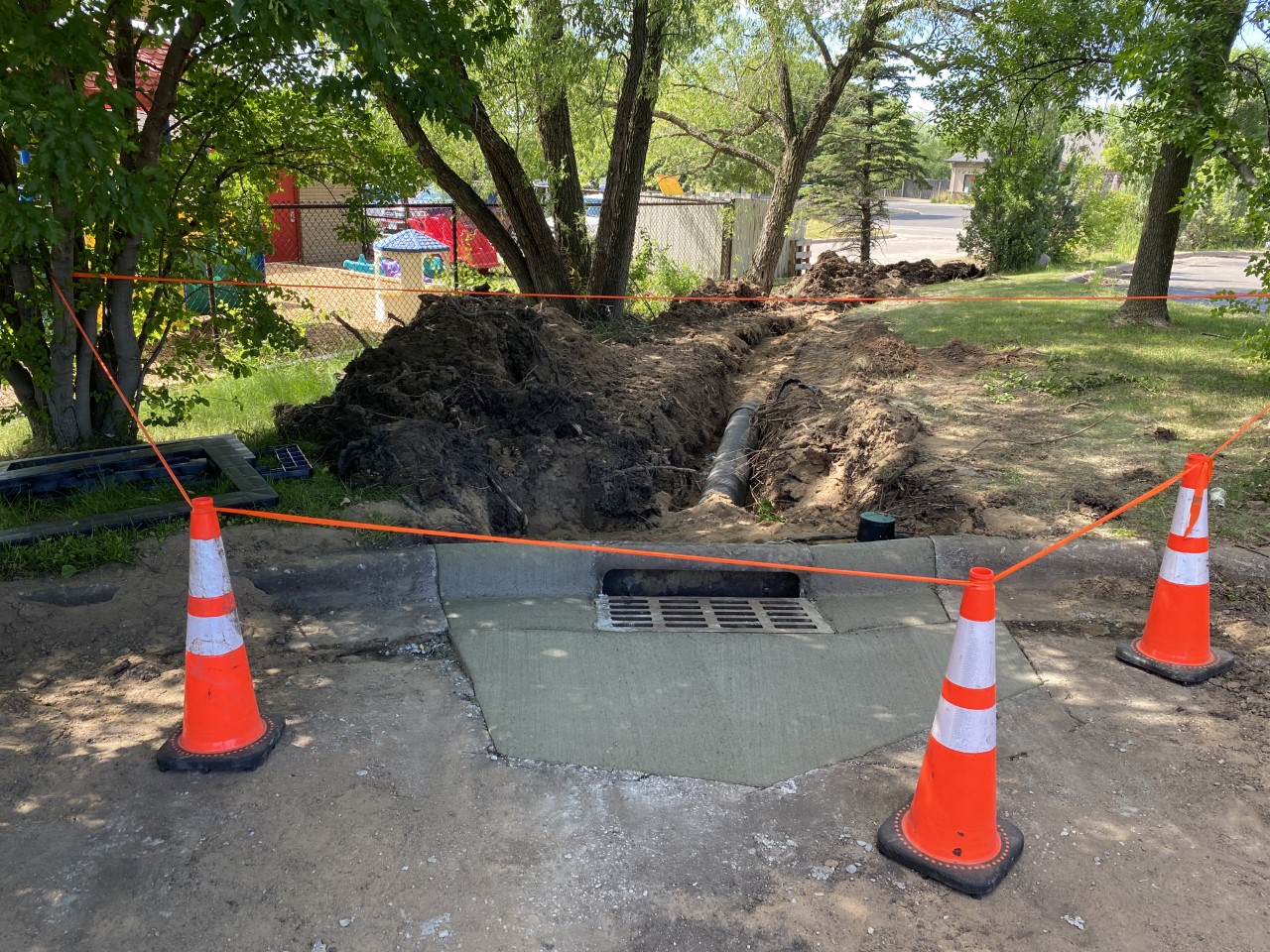 The Interstate team was called to Applebees in White Bear Lake, Minnesota, to replace and restore a catch basin structure due to its failing condition. The crew started out by draining the water from the area, flooding was caused by the failing structure.We then proceeded to fully replace the existing and damaged storm sewer pipe that has been compromised by tree roots between the catch basin and drainage pond. 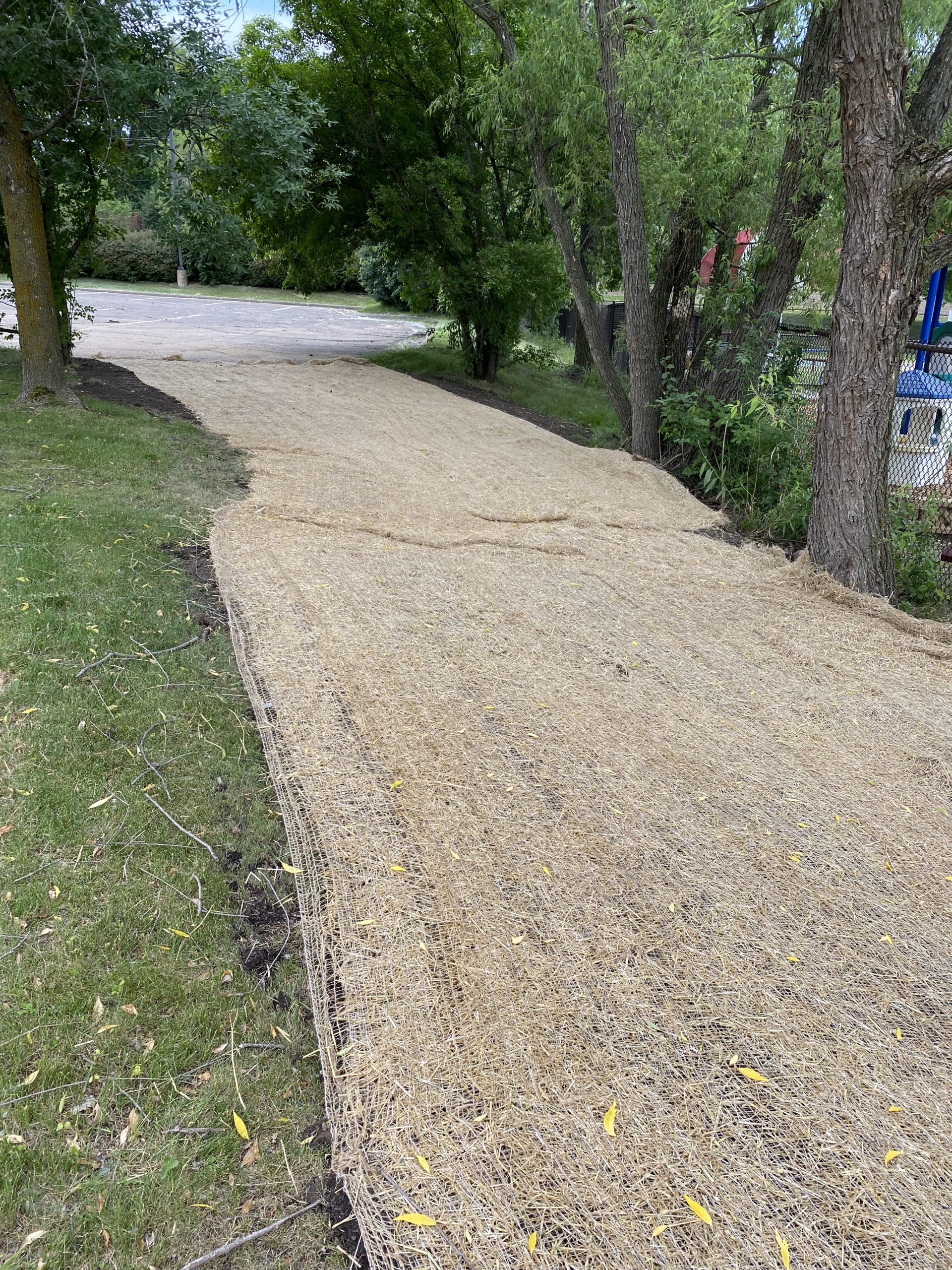 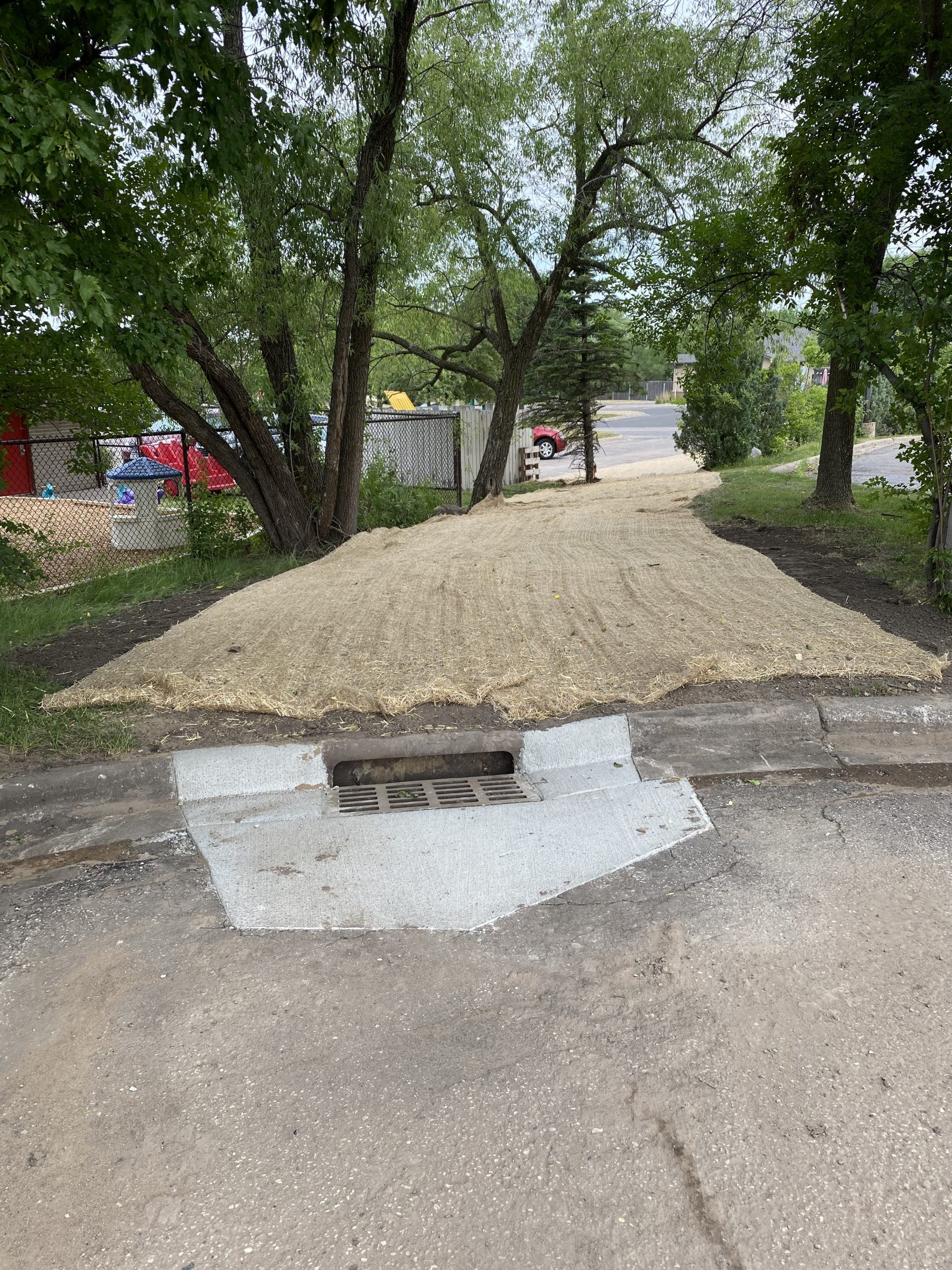 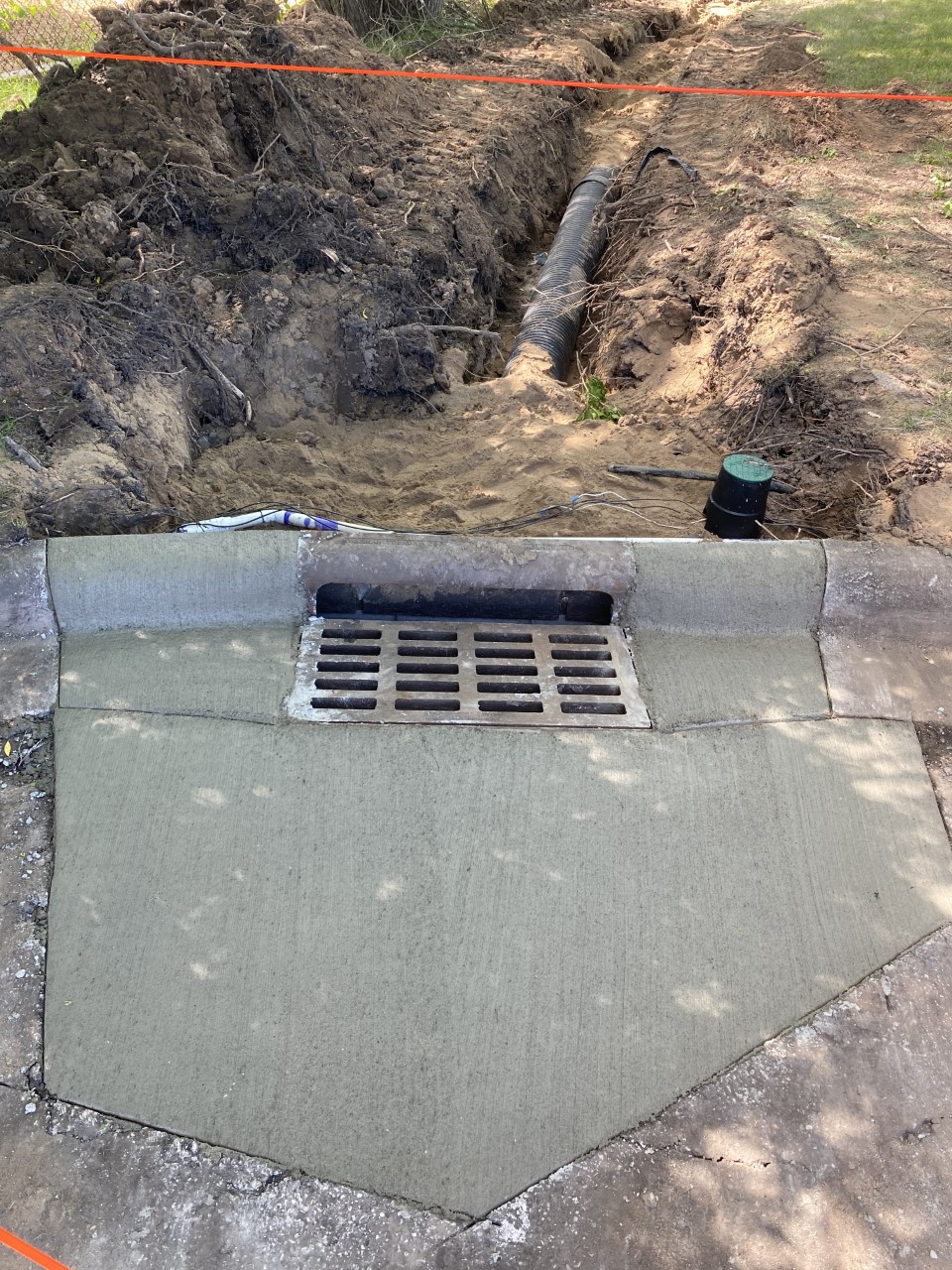 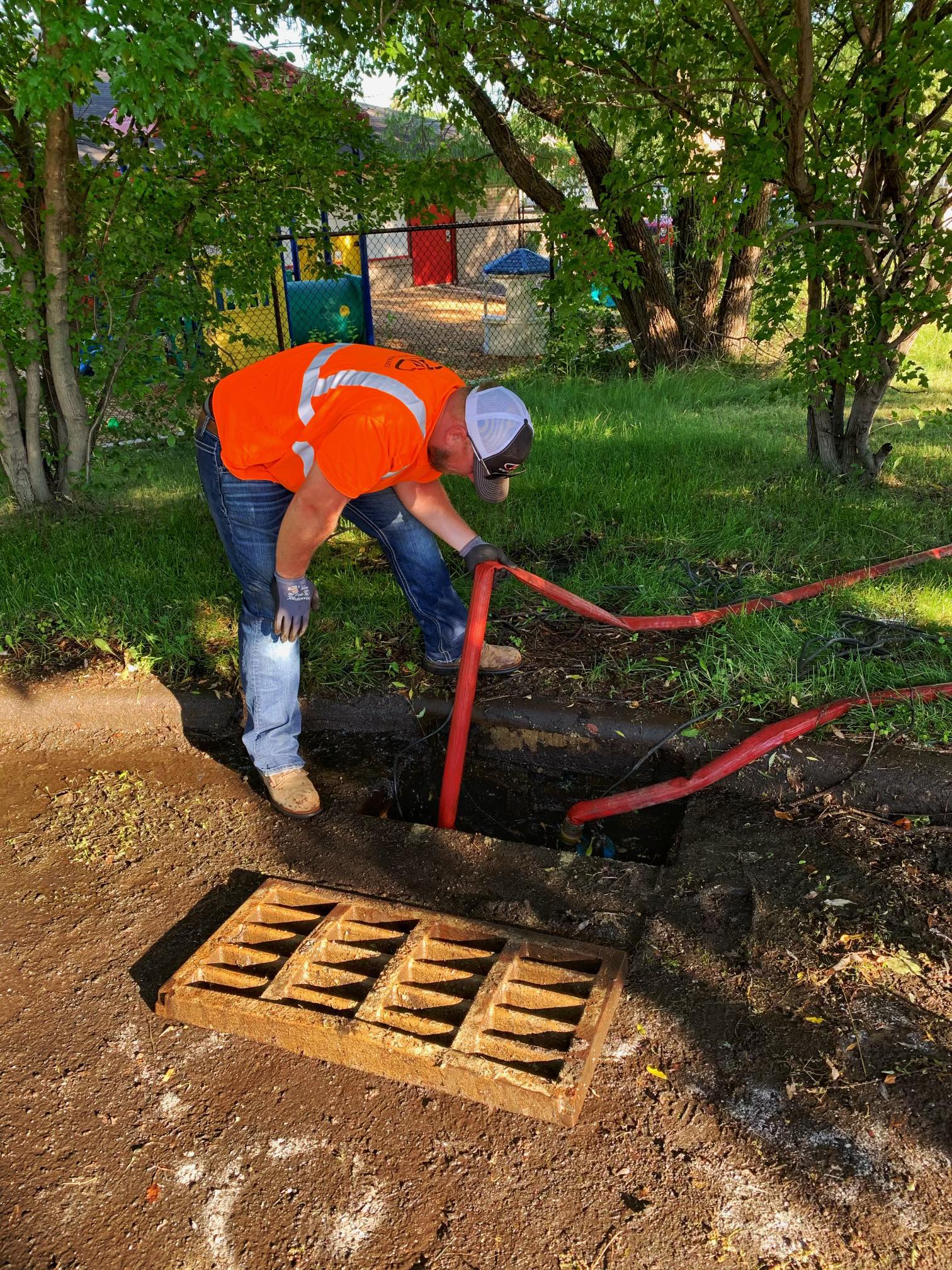 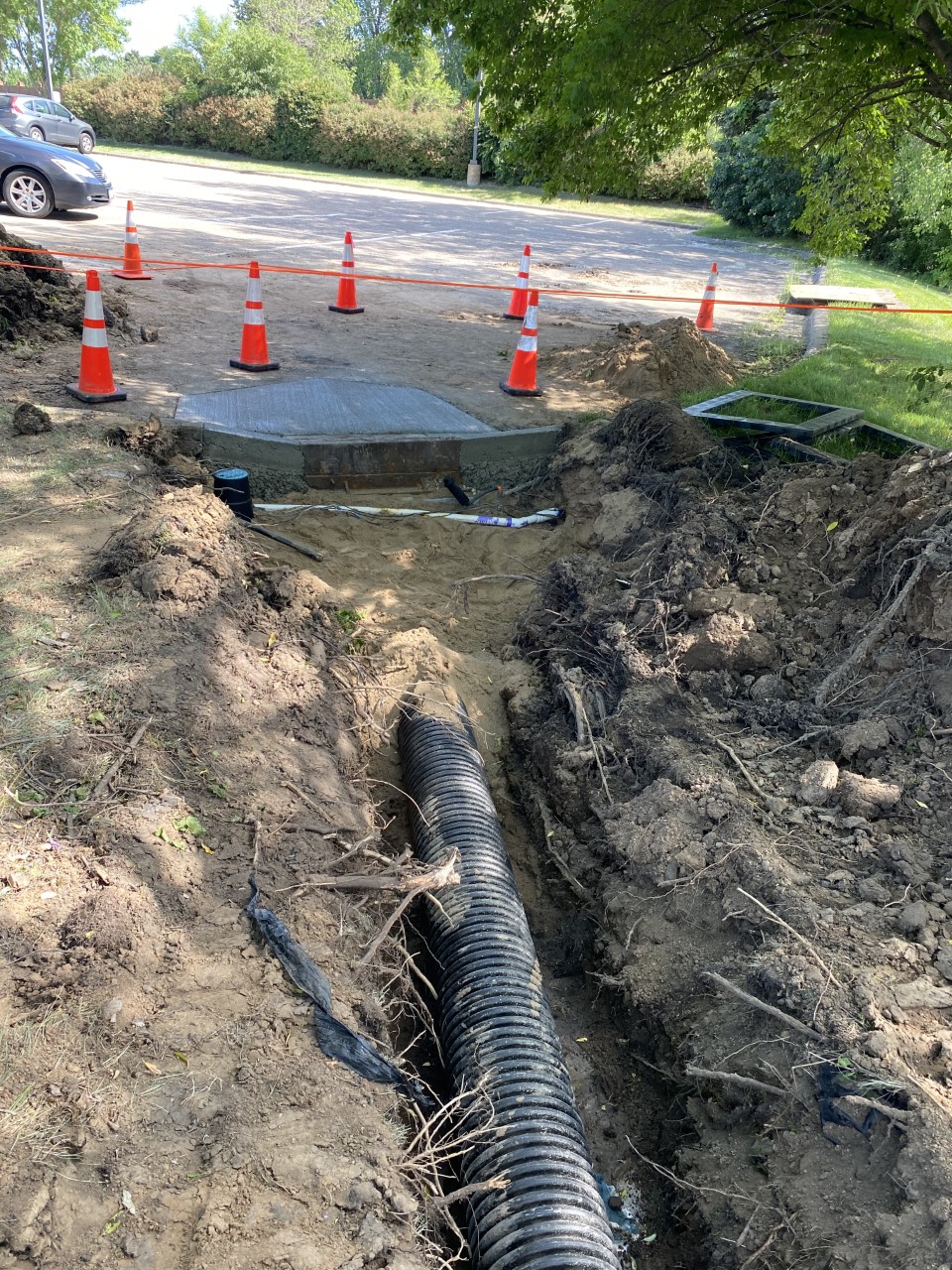 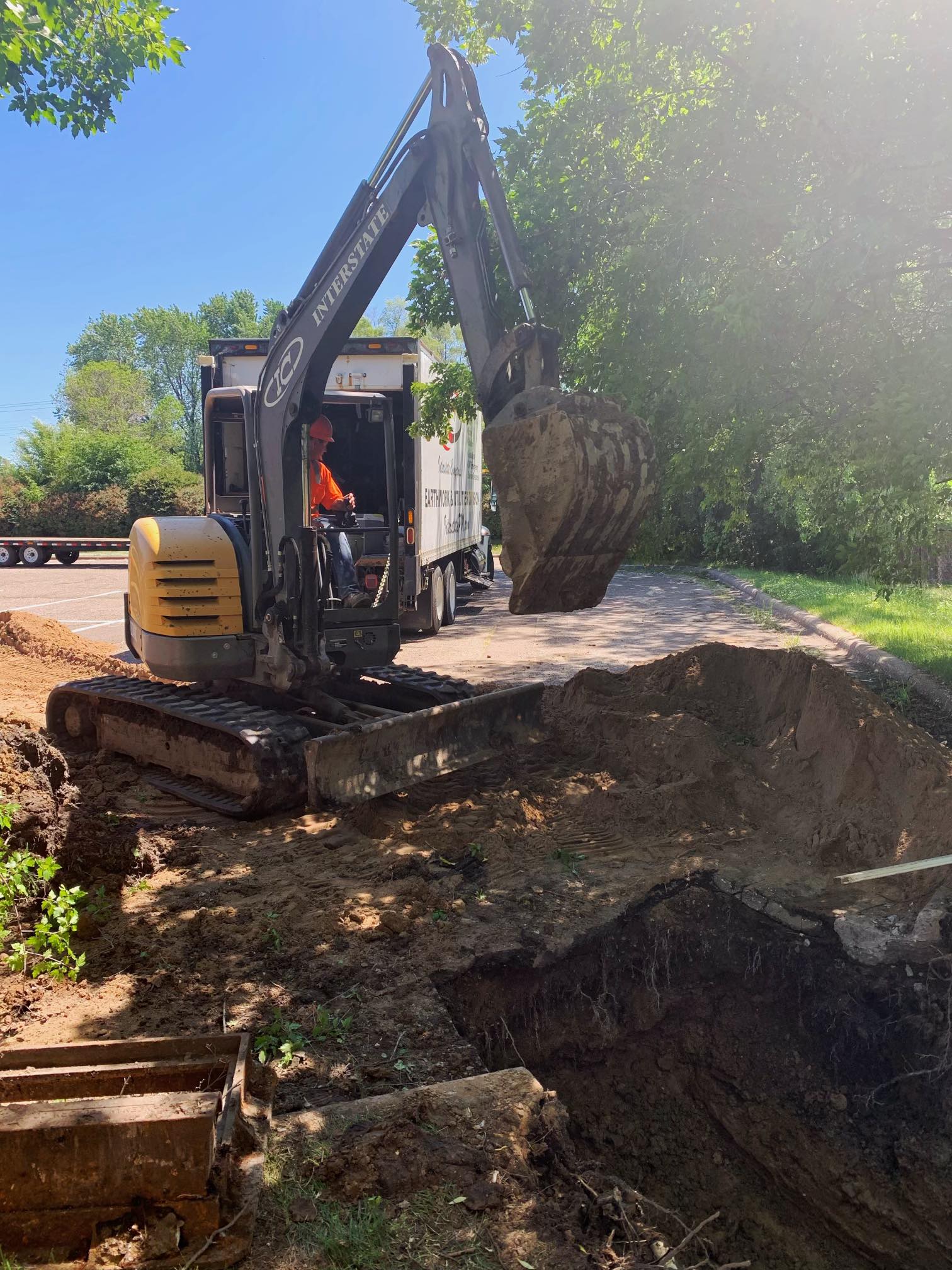 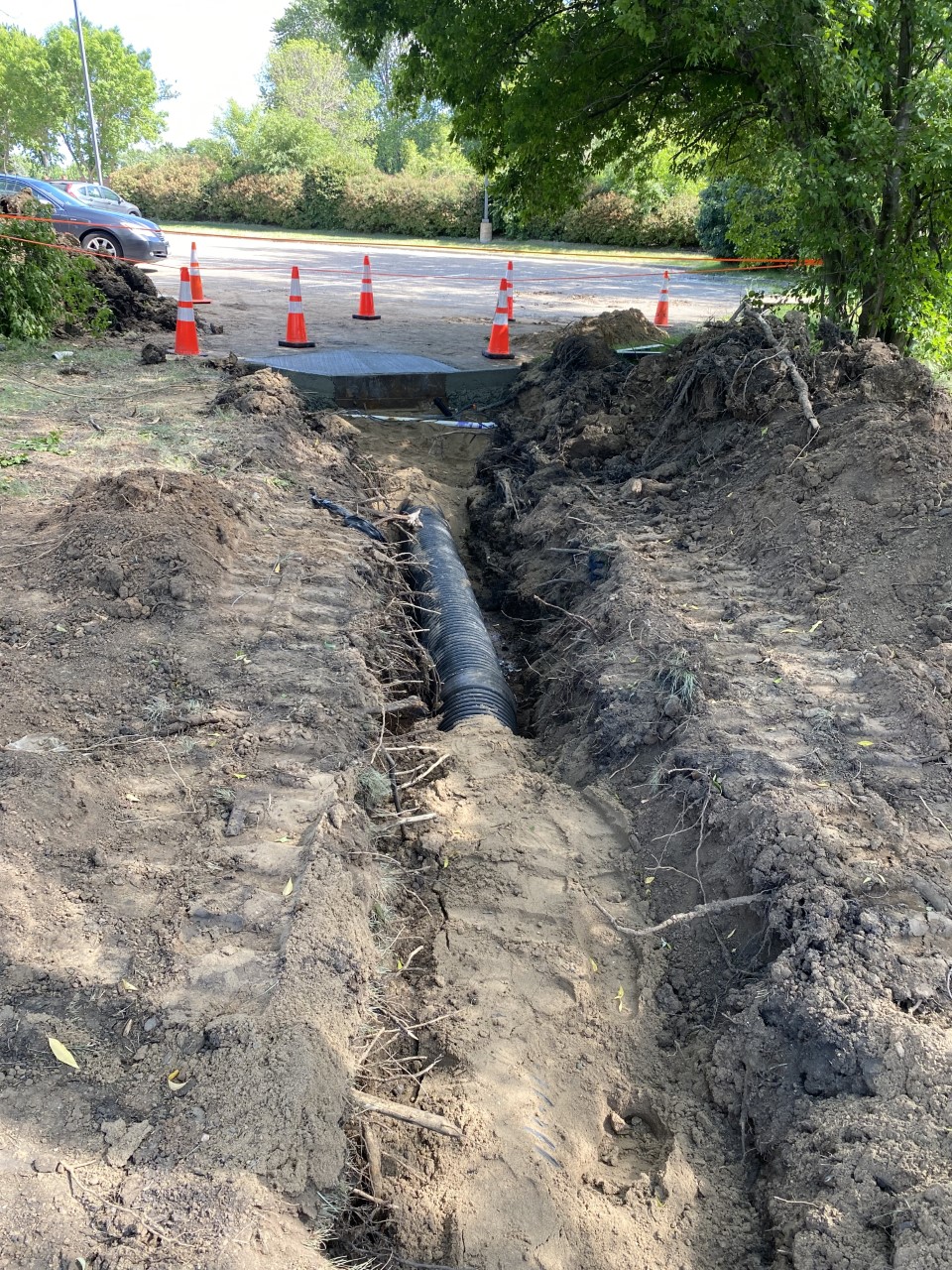 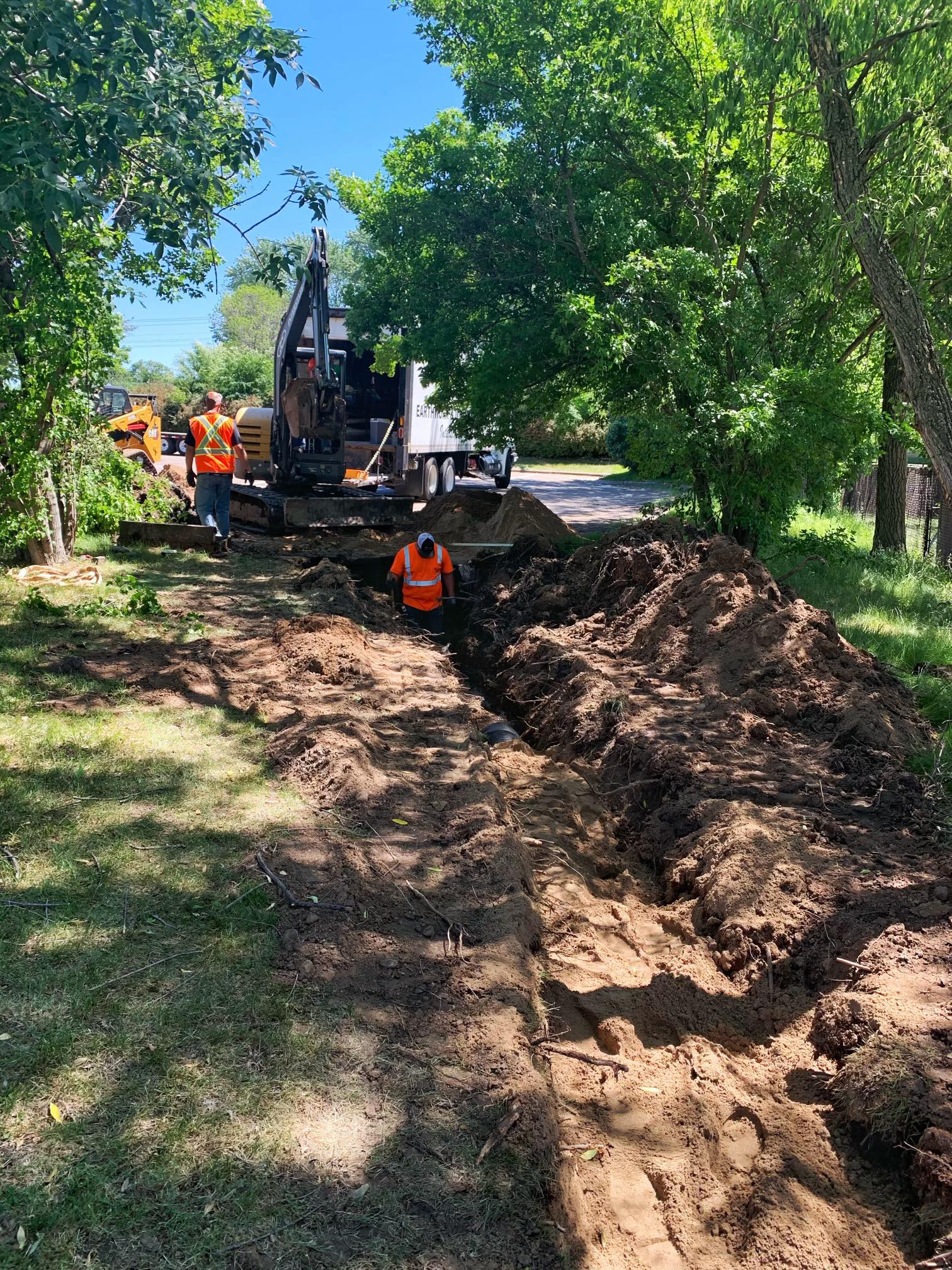